The programme began with the introduction by the MC, Ms Risha, student of class VIII. This was followed by seeking of God’s blessings with a prayer by Ms Chaithra and Ms. Manisha, students of class X and class VII respectively. The playing of the school anthem lifted the spirits of all those who gathered there. Ms Vaishnavi, student of class VIII, took the pledge on behalf of the student body which was followed by the playing of our Naadageethe. Mr. Siddarth Shetty, student of class VI, emphasized the importance of the day. Ms. Manisha, student of class VII, showcased her talent with a beautiful solo dance which uplifted everyone’s mood. The MC then called upon our beloved Principal Mrs. Grace Noronha to speak a few words. She delivered an inspiring speech with some interesting facts about Karnataka. Students exhibited their love for their beloved state with a melodious group song. The program concluded with the singing of the National Anthem.

The entrance to the school was beautifully adorned with diyas and a rangoli in red and yellow, depicting the map of Karnataka. The event generated a sense of pride in the minds of the audience, for being part of a culture that is so rich and vibrant. 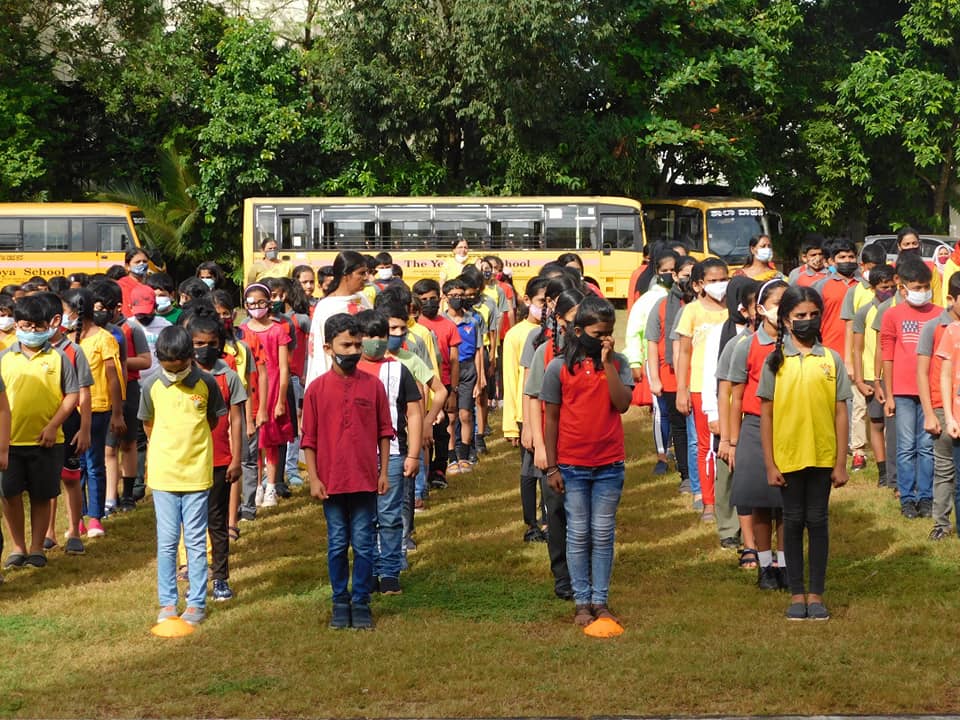 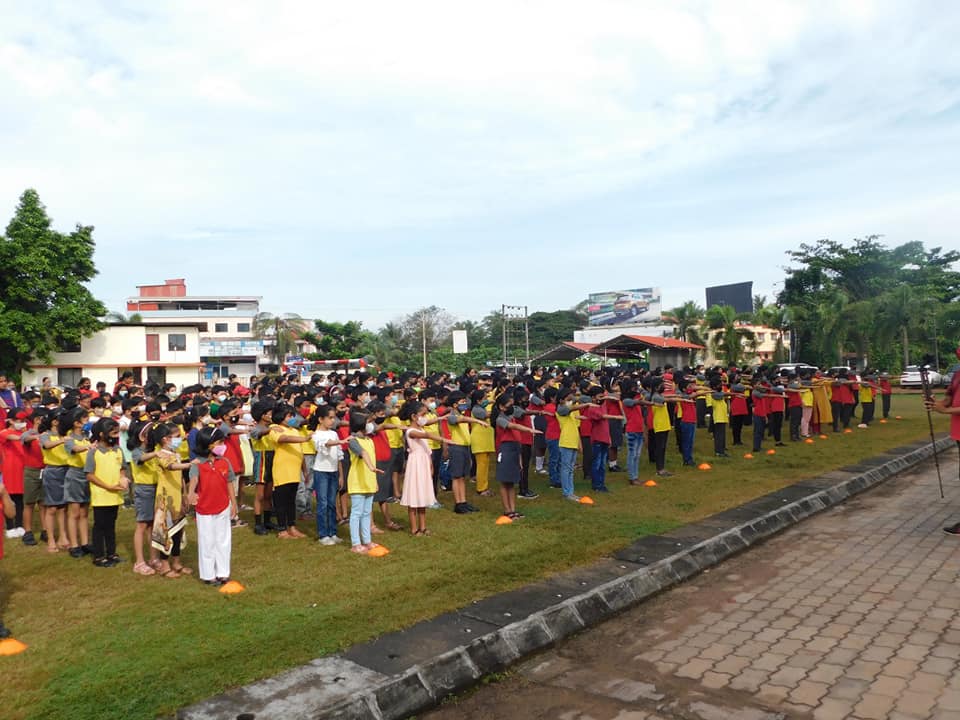 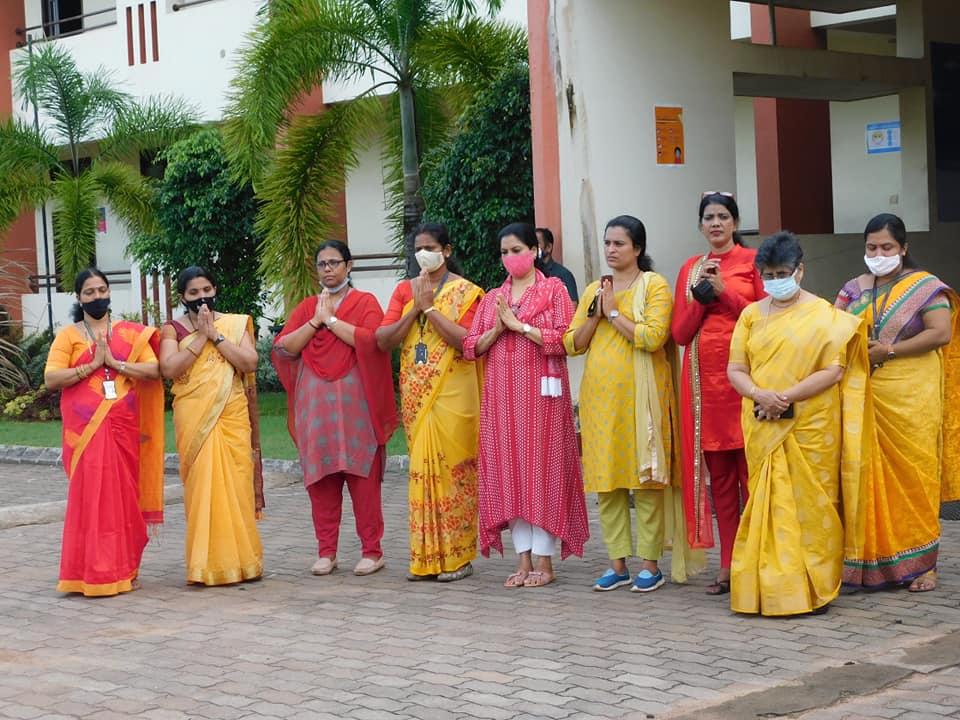 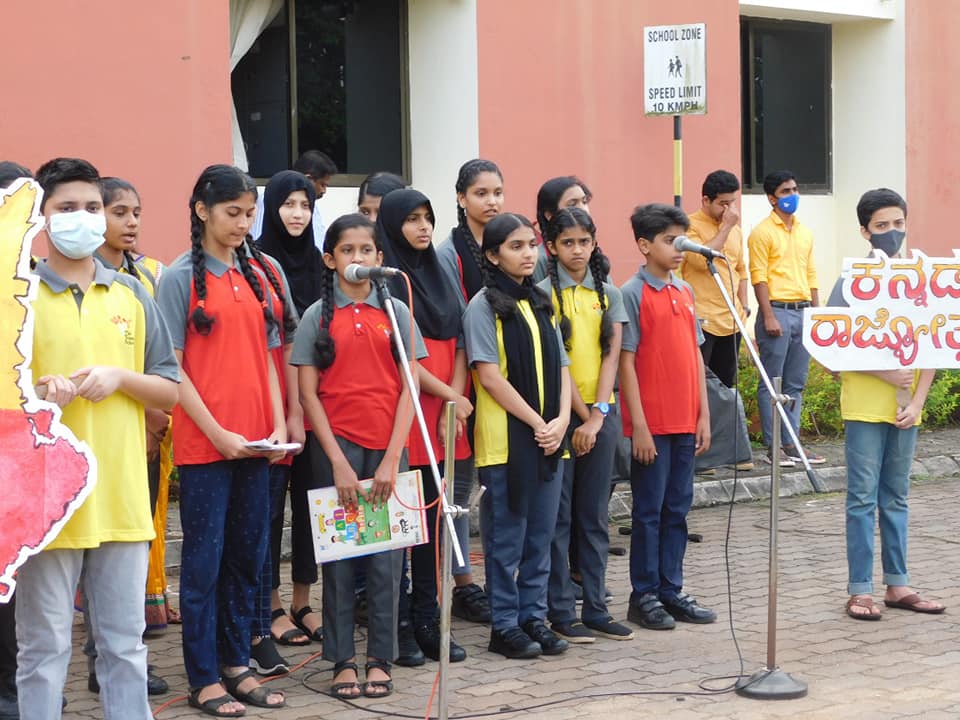 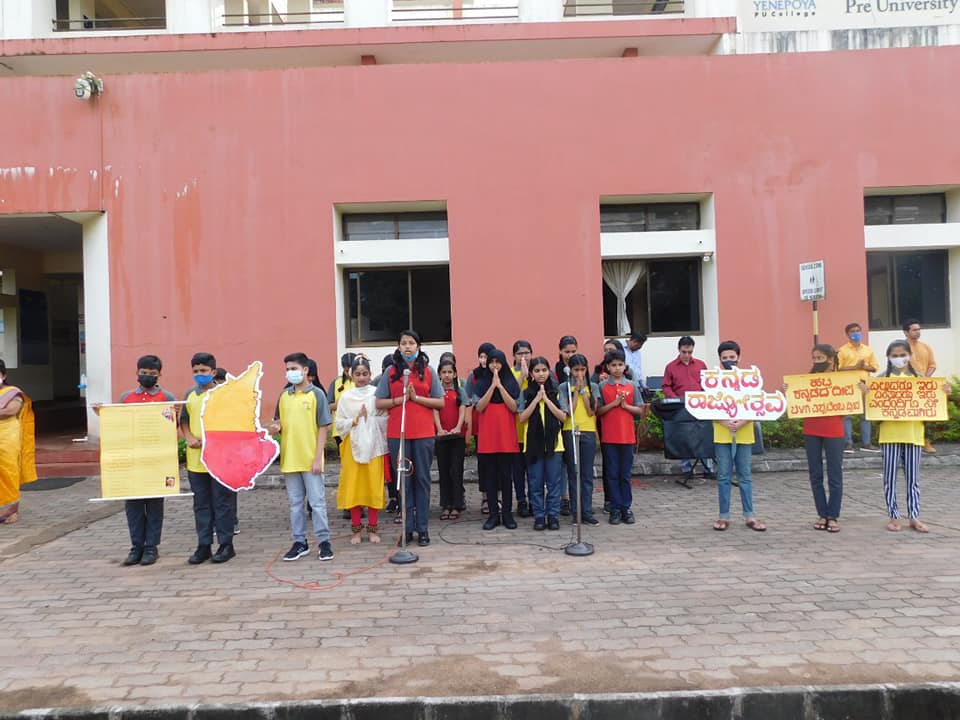 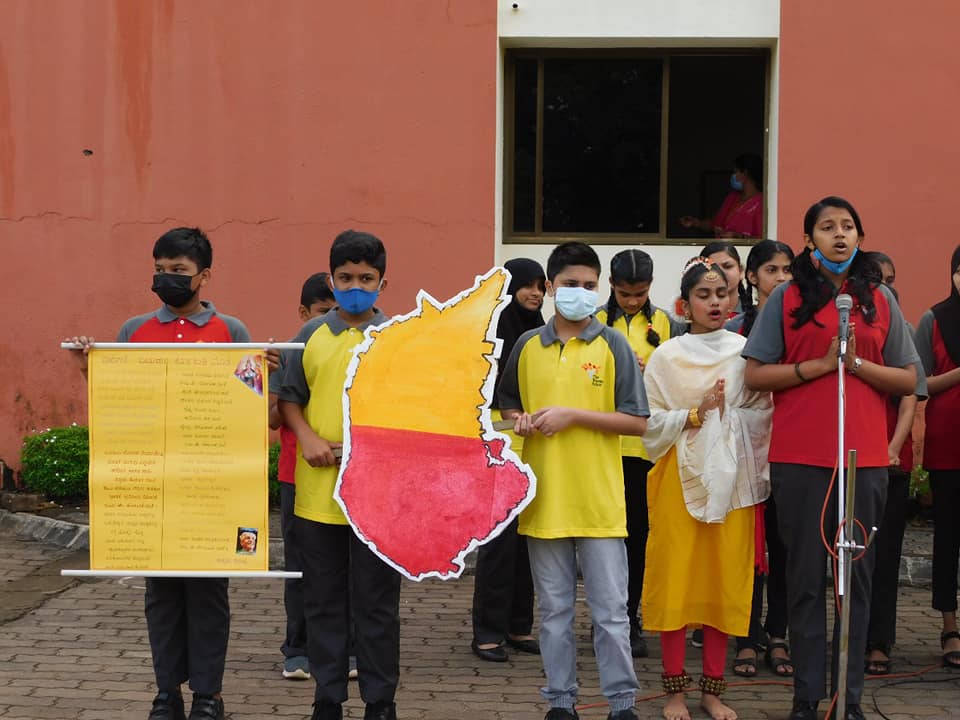 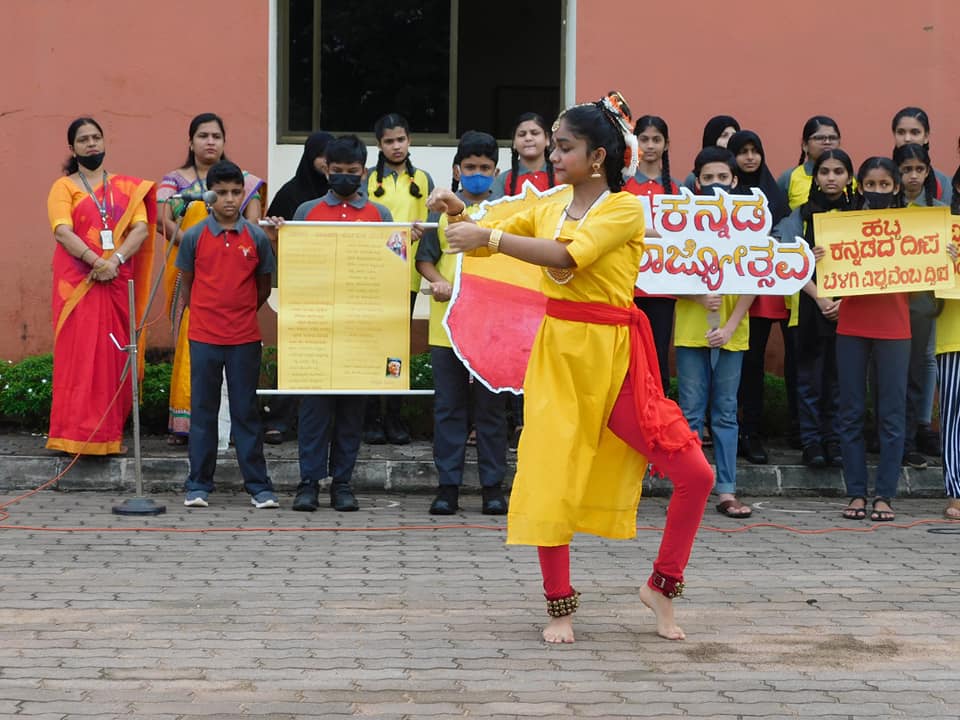 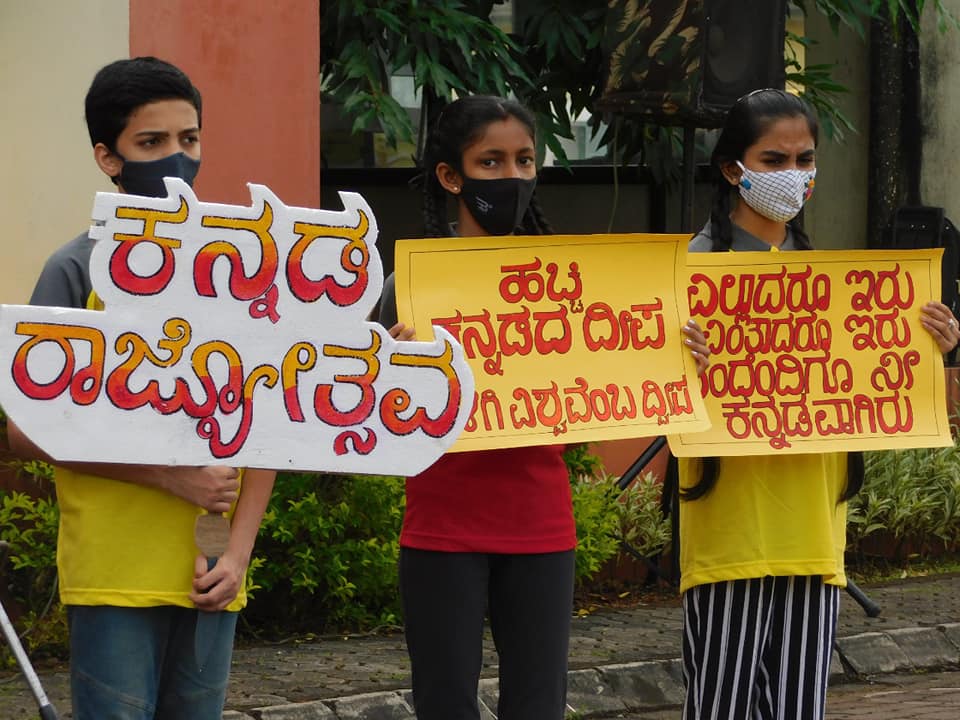 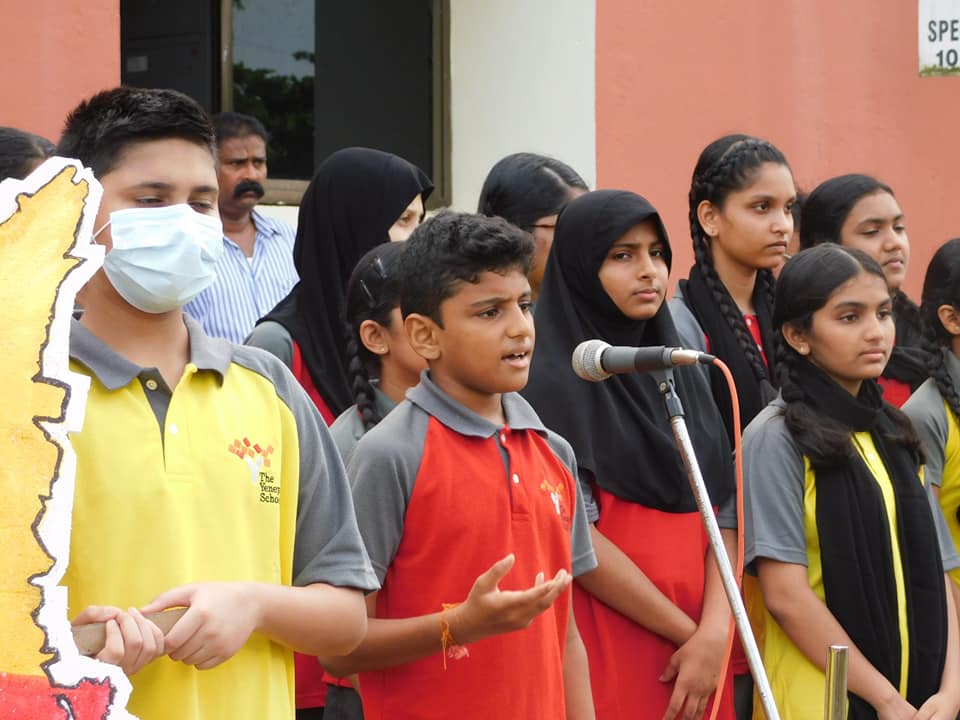 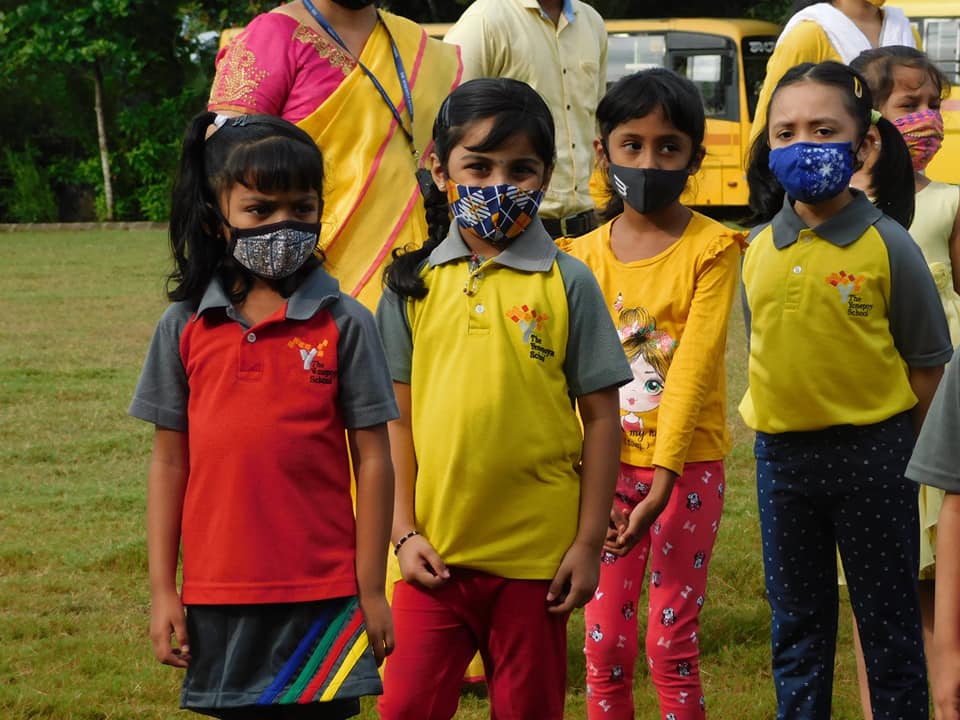 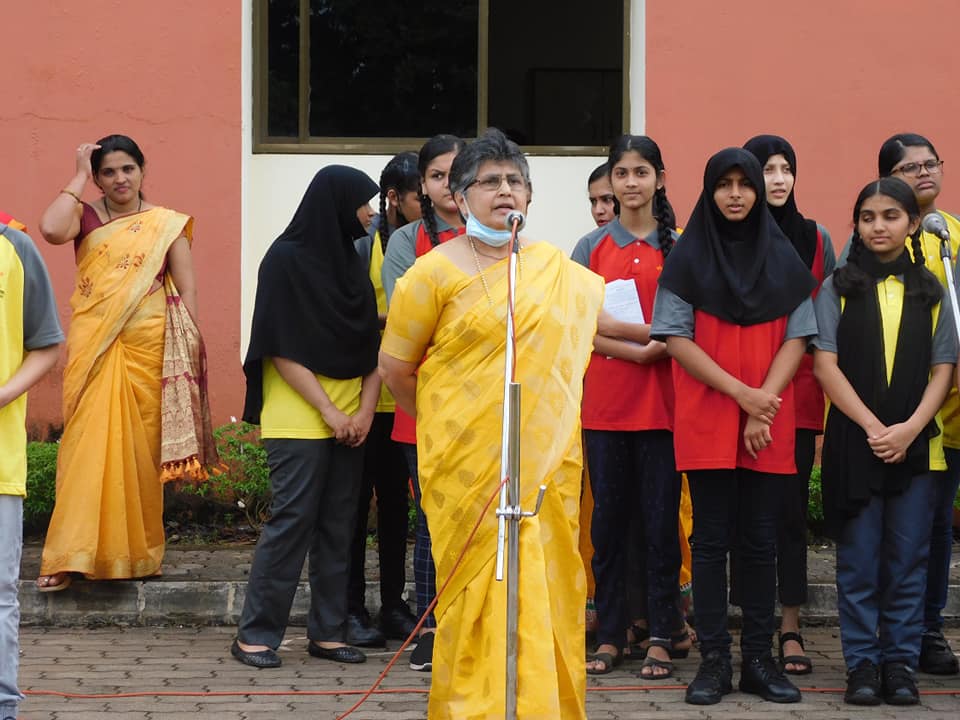 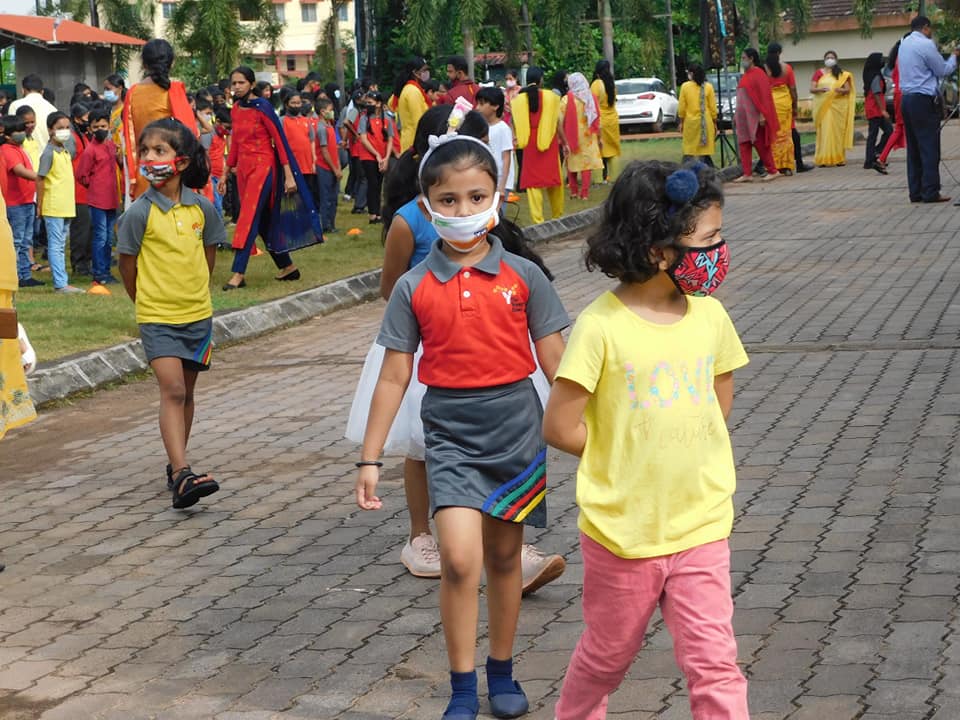 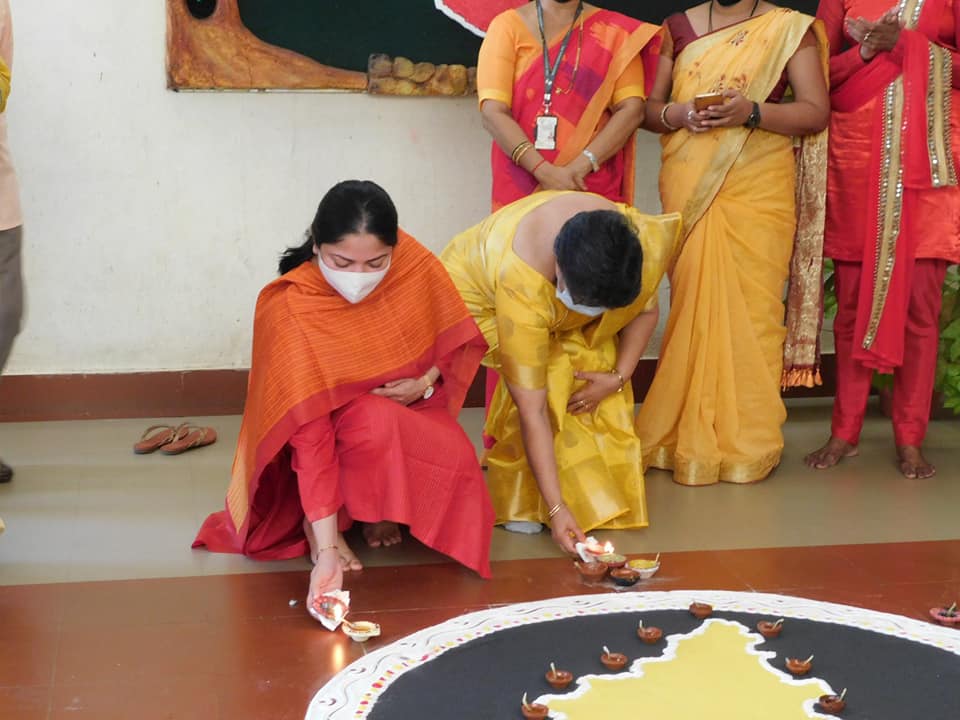 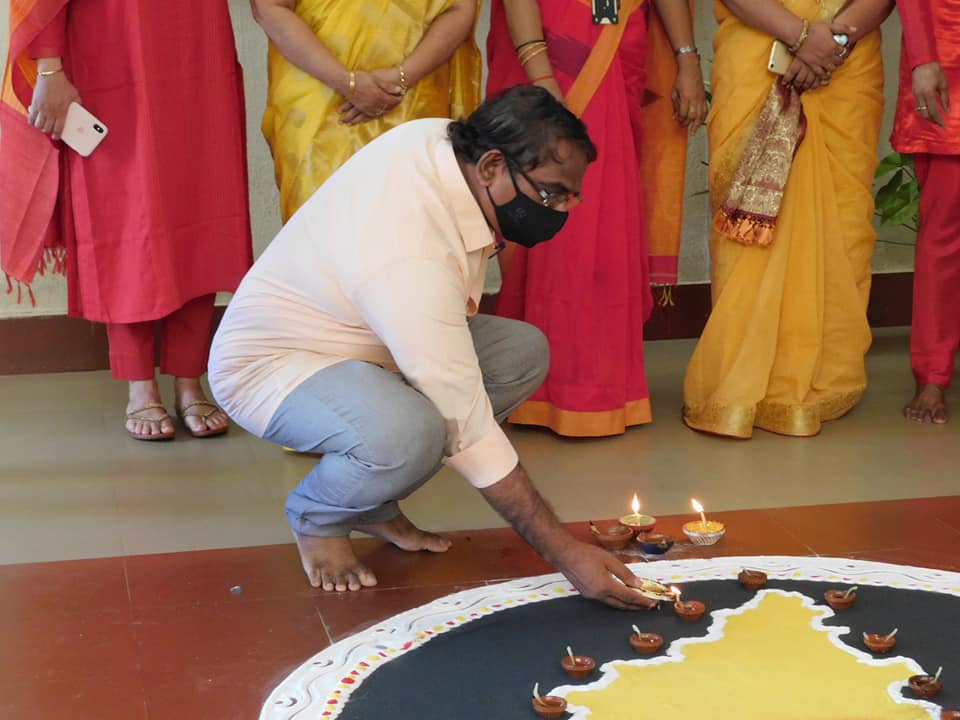 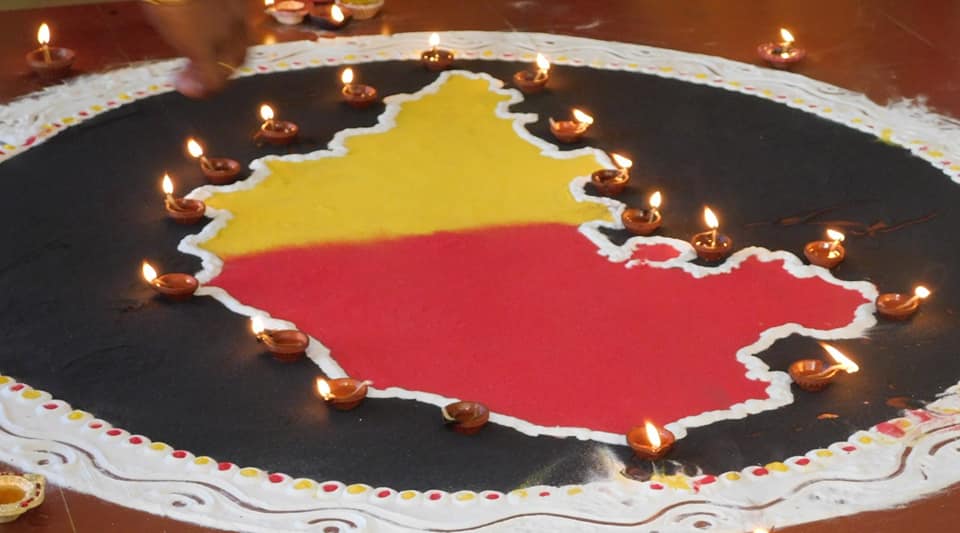 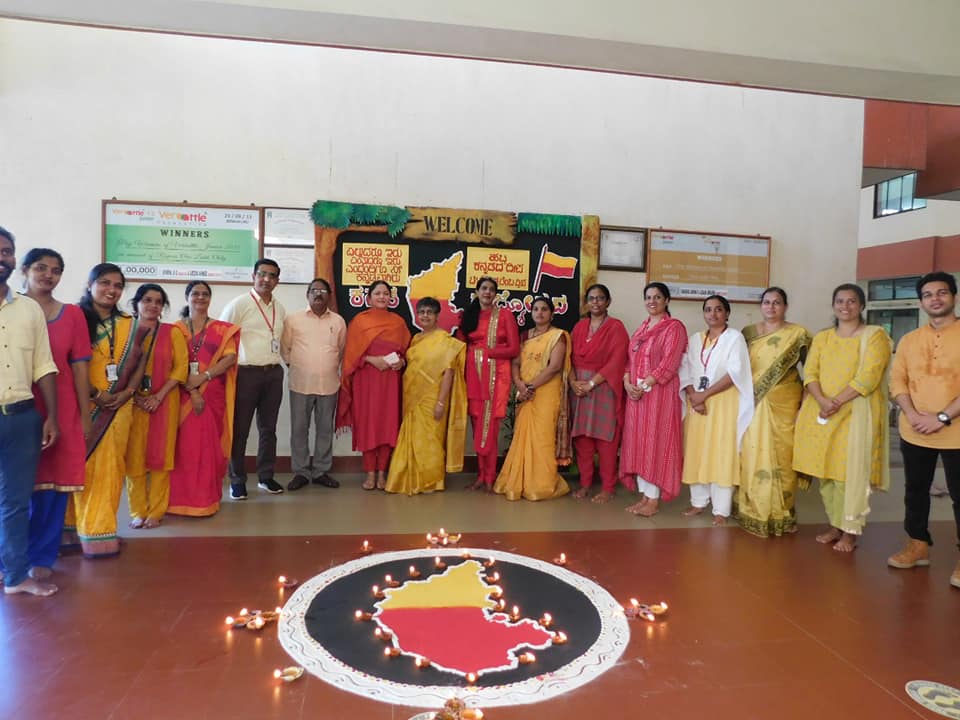